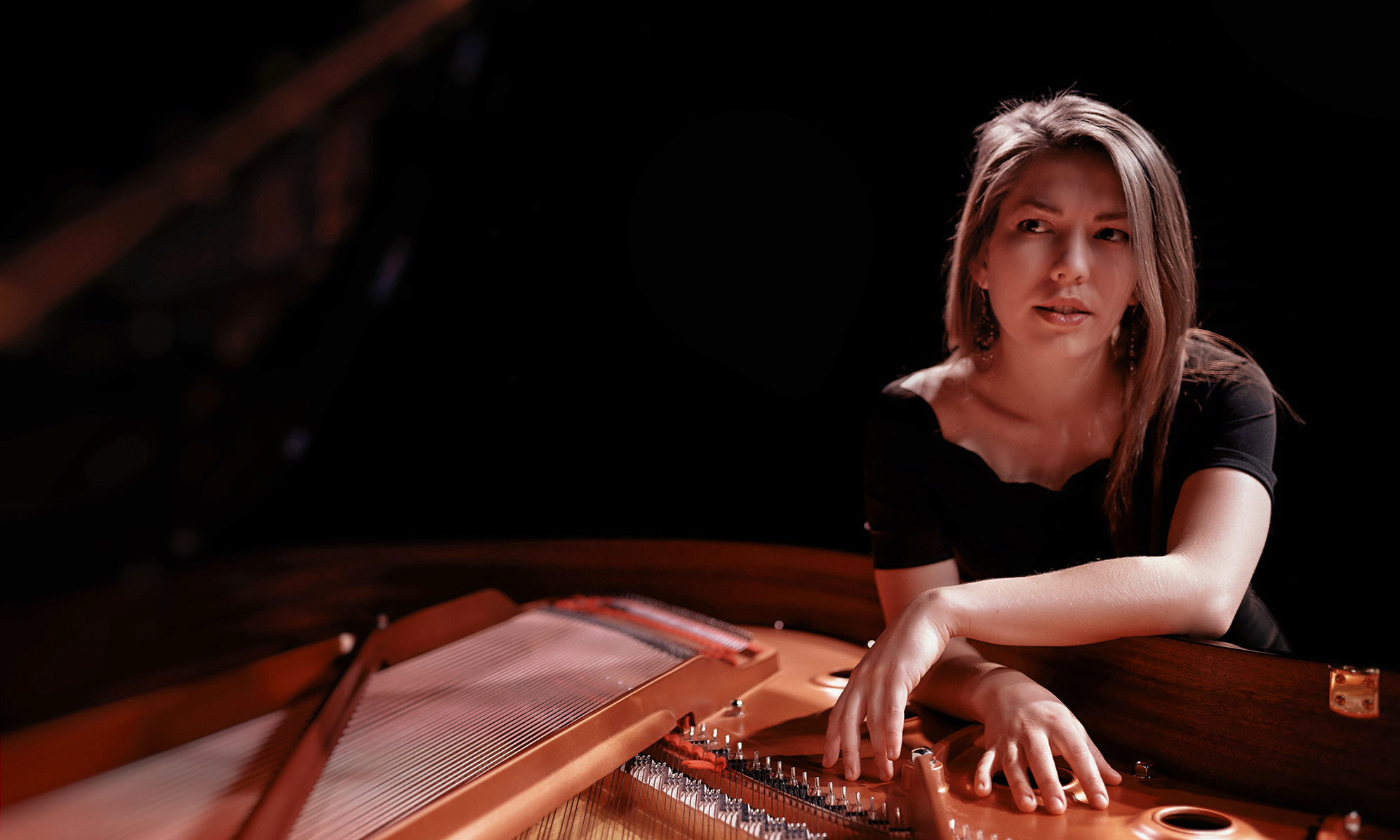 [BACH IN A CIRCLE] propose a meeting between Jean Sebastien Bach’s music and the whirling derviches’s music, woven around a program where the rooms dialog , questioned the mystery of the human souls and reflect the universe waves.

Trough a personal  and daring lightning , Joanna Goodale , Turkish and English descent pianist , shines the similarity between the two universes at first board very different.  Indeed , the work of Bach and the sufi musics have all the characteristics of the deep spiritual expressions , the  cosmic  order mention and the use of cyclic recurring motifs , in a constant move  inviting to a transcendence inner silence.  This program puts ahead the cyclic aspect of musical accords : beginning of the XX century  , great pianists such as Busoni, Kempff and Siloti arranged Bach’s work  for modern piano. Getting inspired by this approach , Joanna Goodale create her own accords marrying Bach’s music with traditional Turkish and Sufi rhythms ( Balkan Bach and Chaconne Circle)  as well as marrying of Turkish Sufi music and Iran’s with the use of prepared and increased piano ( Game and object in the cords) , remembering the sounds of traditional middle east instruments.

This site uses Akismet to reduce spam. Learn how your comment data is processed.